Our mission is clear: “Together with our customers, we are driven to make healthcare better” through collaboration, innovative technologies and our commitment to successful patient outcomes.

As Hurricane Harvey barreled toward Houston, Texas, St. Joseph Medical Center prepared for the worst. The staff’s stamina would be severely tested over the next five days, as historic amounts of rain pummeled the area, sending scores of desperate people to the hospital.

One such patient, Taylor Koob, arrived by ambulance with a shattered ankle and floodwater-soaked gashes on his leg. The 25-year-old had narrowly escaped from his submerged Jeep by kicking out the windshield.

With the water coming in so fast, “I knew my only option was, I kick out this window or I die,” Taylor says. “That’s when everything goes blank.” He’s still not sure how he got out of the Jeep.

Houston firefighters from a nearby station eventually found him bobbing in the floodwaters. But because of the intense downpour, it took eight hours to make the 11-mile trek to the hospital, beginning on a city dump truck used to transport people in high-water conditions and continuing by rescue boat and ambulance.

Five surgeries and an external fixator

Taylor’s leg was so seriously injured that he required five surgeries, a significant amount of antibiotics and a month of recuperation at the hospital.

Key to this treatment was Stryker’s Hoffmann 3 Modular External Fixation system, frame components used in conjunction with Apex Pins to stabilize the open and/or unstable fracture. Made of lightweight carbon-based materials, the product is designed to address patient comfort while postoperative corrections and treatments for soft-tissue damage can be performed with the frame in place.

In the tense situation at the hospital, Stryker’s representatives communicated regularly with Taylor’s team of physicians on adjusting the frame, given the serious nature of his injuries, according to Dr. Rosemary Buckle, an orthopaedic surgeon who played an instrumental role in Taylor’s treatment. “I rely on my team at Stryker to have what I need for my patients,” she says. “Without them, I can’t do what I need to do.”

Nearly a week after his arrival at the hospital, Taylor returned to the operating room, where Dr. Buckle cleaned his ankle wounds and cultured them for signs of bacteria, which she would need to eliminate before she inserted Stryker’s plates and screws to repair the bone. Dr. Buckle also was concerned about infection over the long term, because Taylor’s open wounds had been exposed to contaminated water for several hours.

After his hospital stay, Taylor was able to go home and continue with antibiotic treatment for several weeks before Dr. Buckle removed the frame. Taylor was then able to receive physical therapy to restore his strength and range of motion. While his doctors still monitor him for infection, they expect him to make a full recovery.

“I can’t say enough about the doctors who saved my life,” Taylor says. “Every time I see Dr. Buckle, I just smile.” Noting how lucky he is, he displays his Hoffmann External Fixator in his house, as a reminder of his ordeal.

When paramedics in Gloucester, Massachusetts, arrived on the scene, they didn’t know they were about to lead one of the most dramatic lifesaving rescues of their careers.

Responding to a 911 call about a man who had collapsed and stopped breathing while at work, veteran firefighter-paramedics Doug Sherman and Jack Brancaleone found a police officer performing CPR on a 56-year-old who was in cardiac arrest.

In less than a minute, Sherman and Brancaleone placed a LUCAS 2 Chest Compression System on the patient to assist with CPR. The battery-powered device is designed to maintain a steady flow of oxygen to the heart and brain through uninterrupted chest compressions.

The first responders kept the patient alive for more than three hours, from the time he first received treatment through his time at Addison Gilbert Hospital. At the hospital, Sherman and Brancaleone stayed on the scene to help with treatment and make sure the LUCAS device remained powered at all times. The treatment included delivering some 20 defibrillation shocks to restore the patient’s heart to a normal rhythm. This required the use of four new batteries, each lasting 45 minutes.

When the patient was finally stabilized, he was flown to Lahey Hospital & Medical Center in Burlington for continued treatment. The patient made a full recovery and was released approximately two weeks later.

As it turns out, the case set the record for the longest continual usage of the LUCAS device in Massachusetts and New England — and the second longest documented save with continual use in the country.

The LUCAS Chest Compression System standardizes chest compressions in accordance with the latest scientific guidelines, providing the same quality for all patients, independent of transport conditions, rescuer fatigue or variability in the experience level of the caregiver. This frees up rescuers to focus on other lifesaving tasks. Studies show that the controlled mechanical LUCAS compressions can sustain a higher blood flow to the brain and heart compared to manual compressions.1

Setting a record in tight corners

“The patient’s survival would not have been possible without the LUCAS Chest Compression System,” says Sherman. “Even after five or 10 minutes, paramedics doing manual CPR get tired, and it’s almost impossible to keep up, especially when we’re moving the patient.”

“And with the LUCAS, there’s no interference with the other tasks we’re performing, like supplying medications intravenously, which we often do in tight quarters or in a high-speed ambulance where paramedics can get hurt.”

“This case and several others we’ve been involved with prove that LUCAS saves lives. Patients who might not have made it were able to go home to their families,” says Fire Department Captain Jamie Santos. “That’s why we have them in each of our ambulances and two more in the engine company.”

“It was a team effort from the very beginning,” Gloucester Fire Chief Eric Smith adds. “We are so grateful to have the LUCAS device at our disposal, as it provides nonstop compressions. Coupled with the high quality of care, this patient is alive today.”

“The patient’s survival would not have been possible without the LUCAS Chest Compression System.” 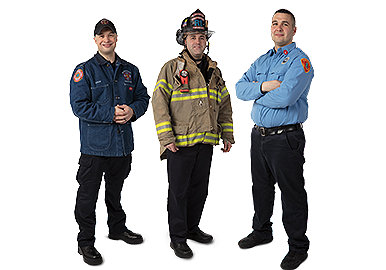 “The feedback I’m getting as I take a patient through a dynamic arc of motion is something we’ve never had before.”

“This technology has made me a better surgeon.”

Allowing surgeons to see and do more

Statistics show that roughly one in eight women in the United States will develop breast cancer in her lifetime. In fact, about 266,120 new cases of invasive breast cancer will be diagnosed in American women this year.1 These are just a few of the reasons why Stryker, a leader in advanced imaging and O.R. connectivity, acquired NOVADAQ. NOVADAQ’s SPY fluorescence imaging technology allows surgeons to visualize real-time tissue perfusion during a range of procedures, including mastectomy and breast reconstruction.

NOVADAQ’s innovative SPY technology not only complements Stryker’s advanced imaging products, its use in breast reconstruction has been shown to reduce postoperative complications — which can occur in up to 31 percent of cases.2,3 Studies have also indicated that the use of SPY may result in lower costs to hospitals.4

More than 250 clinical articles support the use of SPY technology in a variety of surgical procedures. Of the multiple clinical studies, more than 40 feature the economic and clinical benefits of using SPY during breast reconstruction.5

“Fluorescence imaging is like having a GPS system during surgery,” says Dr. Santiago Horgan, from the School of Medicine & Center for the Future of Surgery at the University of California, San Diego. “It will become the standard of care.”

“Fluorescence imaging is like having a GPS system during surgery.”

School of Medicine & Center for the Future of Surgery

We have built or are in the process of building several new facilities to accelerate the development of product innovations. These strategic investments are being made responsibly and in alignment with our company strategy, which includes a long-standing commitment to innovation and an intense focus on the needs of our customers.

Investments include a new Salt Lake City facility that not only manufactures specialized products used to treat strokes but also houses a state-of-the-art Neurovascular Learning Center to train physicians from around the world. Product assembly, R&D and engineering personnel are based there.

We also launched a global technology development center and centralized additive technology manufacturing hub, the AMagine Institute, in Carrigtwohill, Cork, Ireland. Since 2001, we have invested in additive manufacturing and collaborated with top Ph.D. programs at leading universities in the United Kingdom to industrialize 3D porous printing for the healthcare industry.

Other facilities currently under construction include:

• A 485,000-square-foot research and development center for our Instruments business in Portage, Michigan, expected to be completed in late 2019. The facility will feature a customer experience center, showroom, and R&D and bio-skills labs, with space for sales, marketing and support functions. The new facility will encourage collaboration and communication among product and marketing teams.

• The Freiburg Innovation Center is expected to open in Germany in 2018 and will host R&D teams from five divisions under one roof. We designed the building to maximize collaboration and bring innovative products and technology platforms to market faster.

• A new 120,000-square-foot corporate office for our Canada business will serve as our local hub. The move will bring together employees who have been spread across three facilities and is expected to take place in September 2018.

3D printing — also known as additive manufacturing (AM) — is one of our pillars of innovation in Orthopaedics. This technique takes a computer model of a medical device and grows the part layer by layer in a three-dimensional environment, fusing one layer of fine metal powder to the previous layers.

Through AM, we design and bring to market novel implants for the knee, spine and hip. We are investing for the future with this technology — expanding R&D, opening new facilities, collaborating with other industry leaders like GE Additive and launching new products.

Since 2001, we have invested in additive manufacturing with academic research institutions, initially to find a scalable model for controlling solid and porous metal zones during production. In 2012, we validated the large-scale manufacturing capabilities of our proprietary process: AMagine.

The result of years of foresight, hard work and innovation: unique Tritanium implants that can be made only with additive manufacturing by Stryker.

Since 2014, we have led the industry with a steady commercial output of additive manufactured Tritanium implants across multiple indications.

Learn more about our business groups: 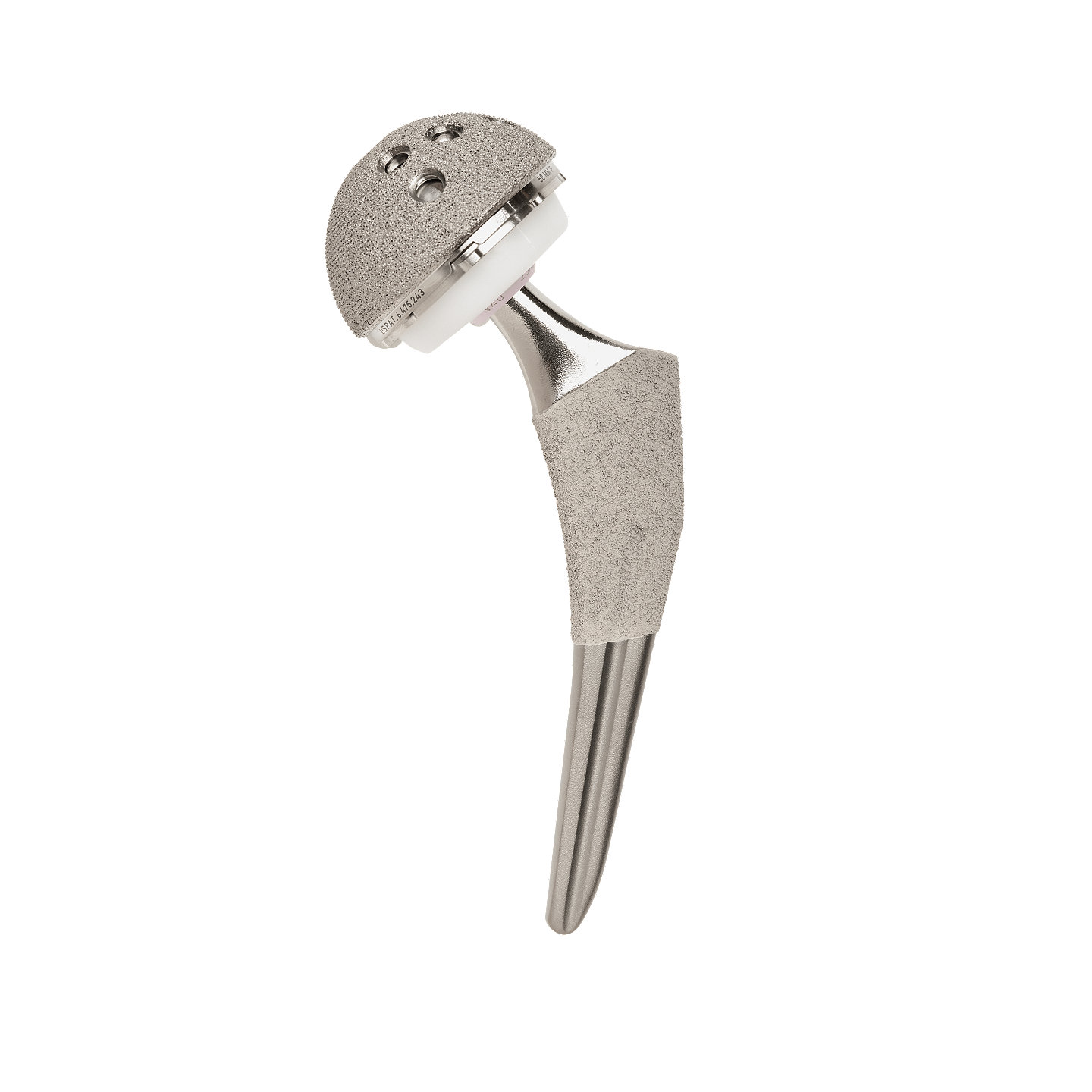 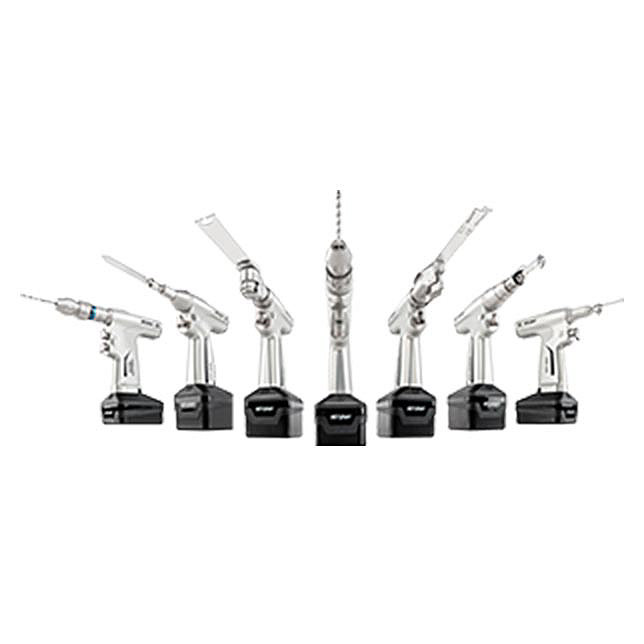 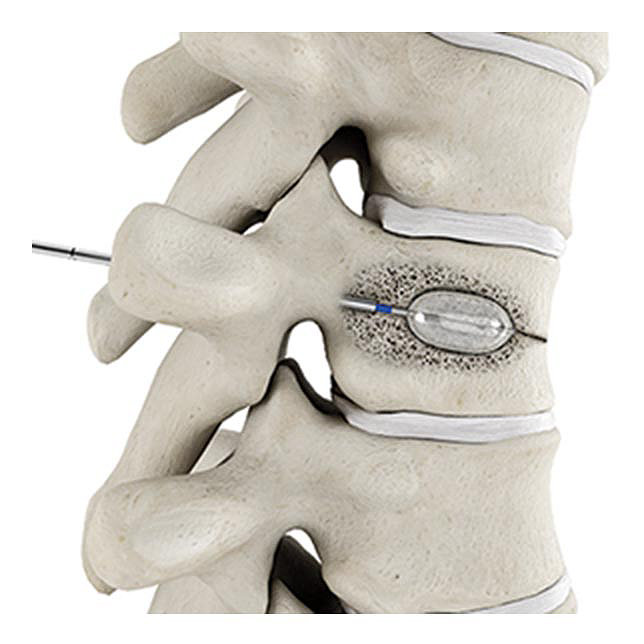