The history of cutting blades

Surgeons today have access to elite power tools that their medieval and prehistoric ancestors couldn’t begin to imagine.

Even as recently as the 1800s, bladed surgical instruments could be considered rudimentary at best, and were mainly used for radical, traumatic procedures.

However, with the advent of electricity, surgeons’ tools started to become motorized, and throughout the 1900s great strides were made in the development of power tools that improved their accuracy, precision, and overall outcomes.

While much study has been made of the historical development of surgeons’ tools, one crucial component has received far less attention: the blade.

The bone cutting blade has come a long way from the early days of flint and copper. The last few decades alone have seen great advances in blade technology. But while hospitals are keen to keep up with the latest gadgets, they often neglect to hold the arguably most critical component of these tools to the same standards.

In this article, we’ll explore the history of bone cutting blades and highlight some recent advances that make it critical for surgeons to not only upgrade their power tools, but also the blades that power them. 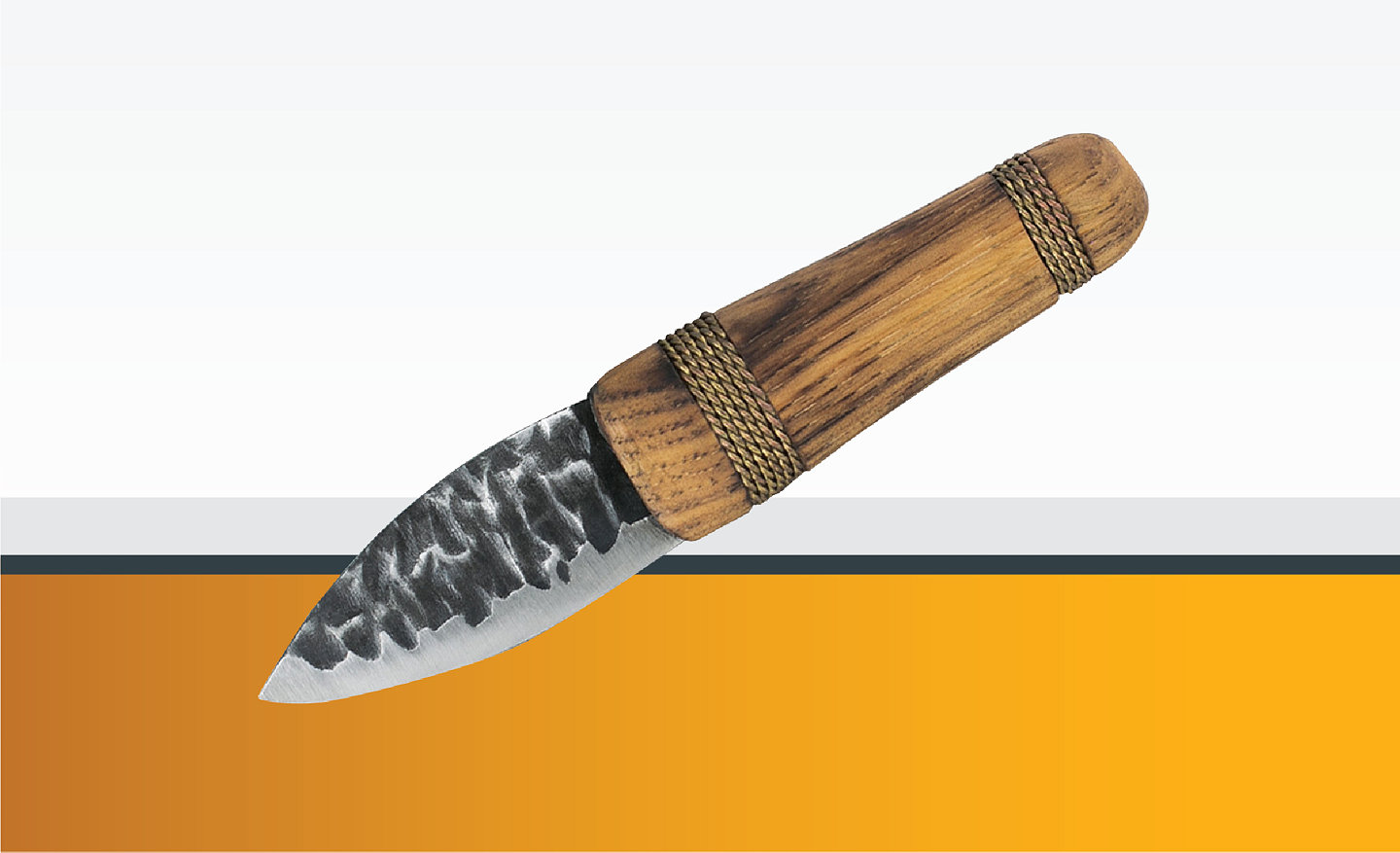 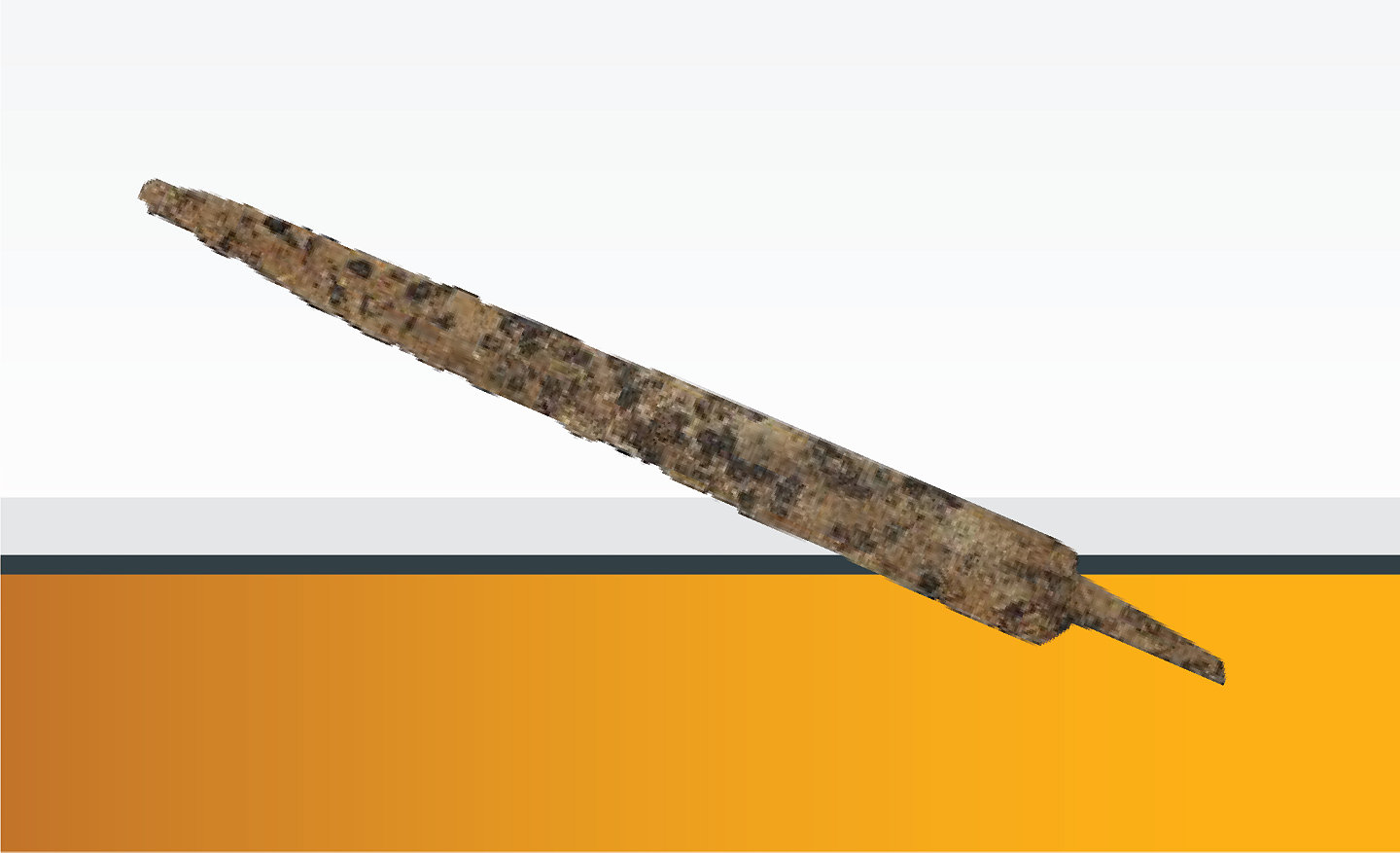 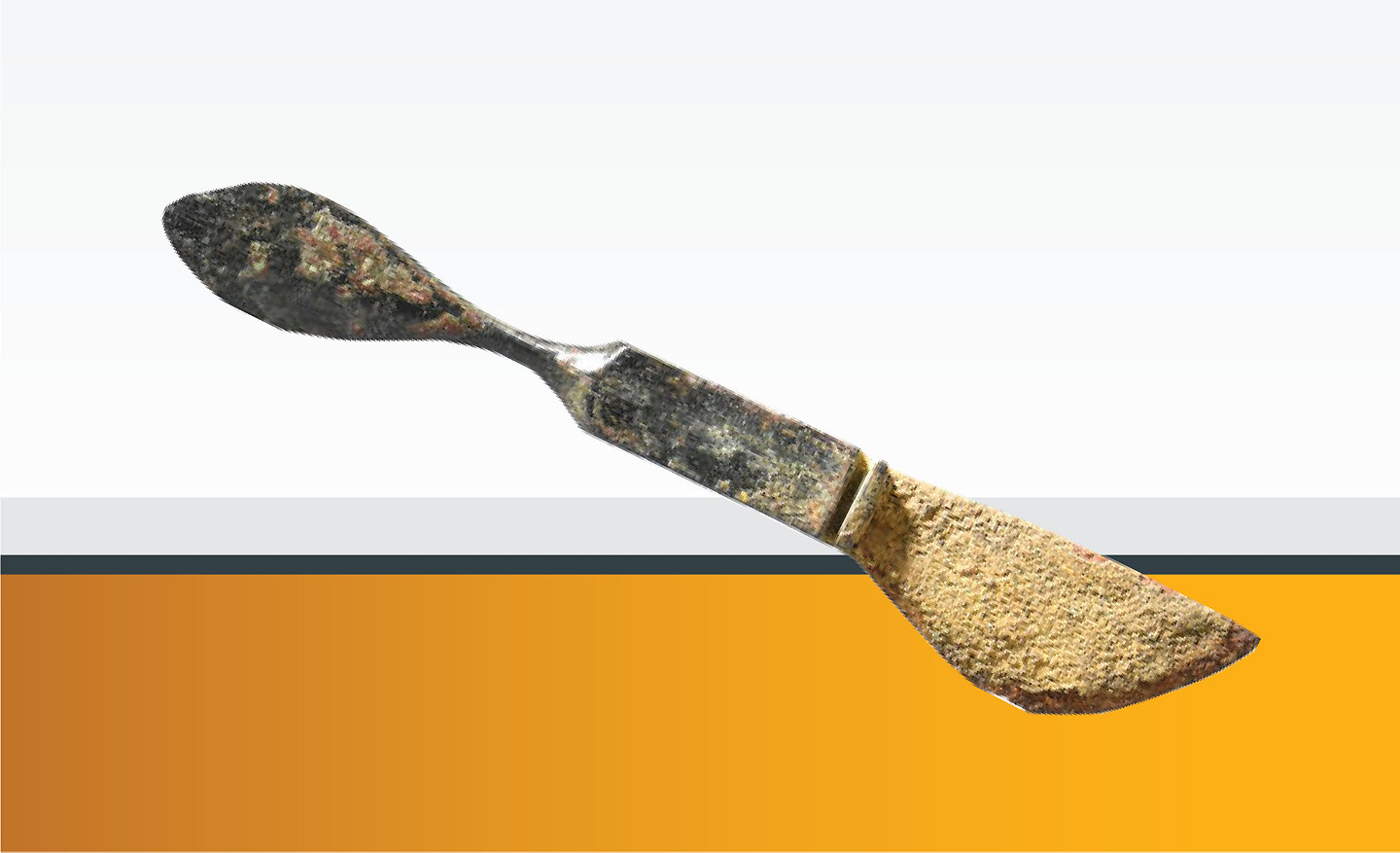 Romans develop the scalpel for surgery 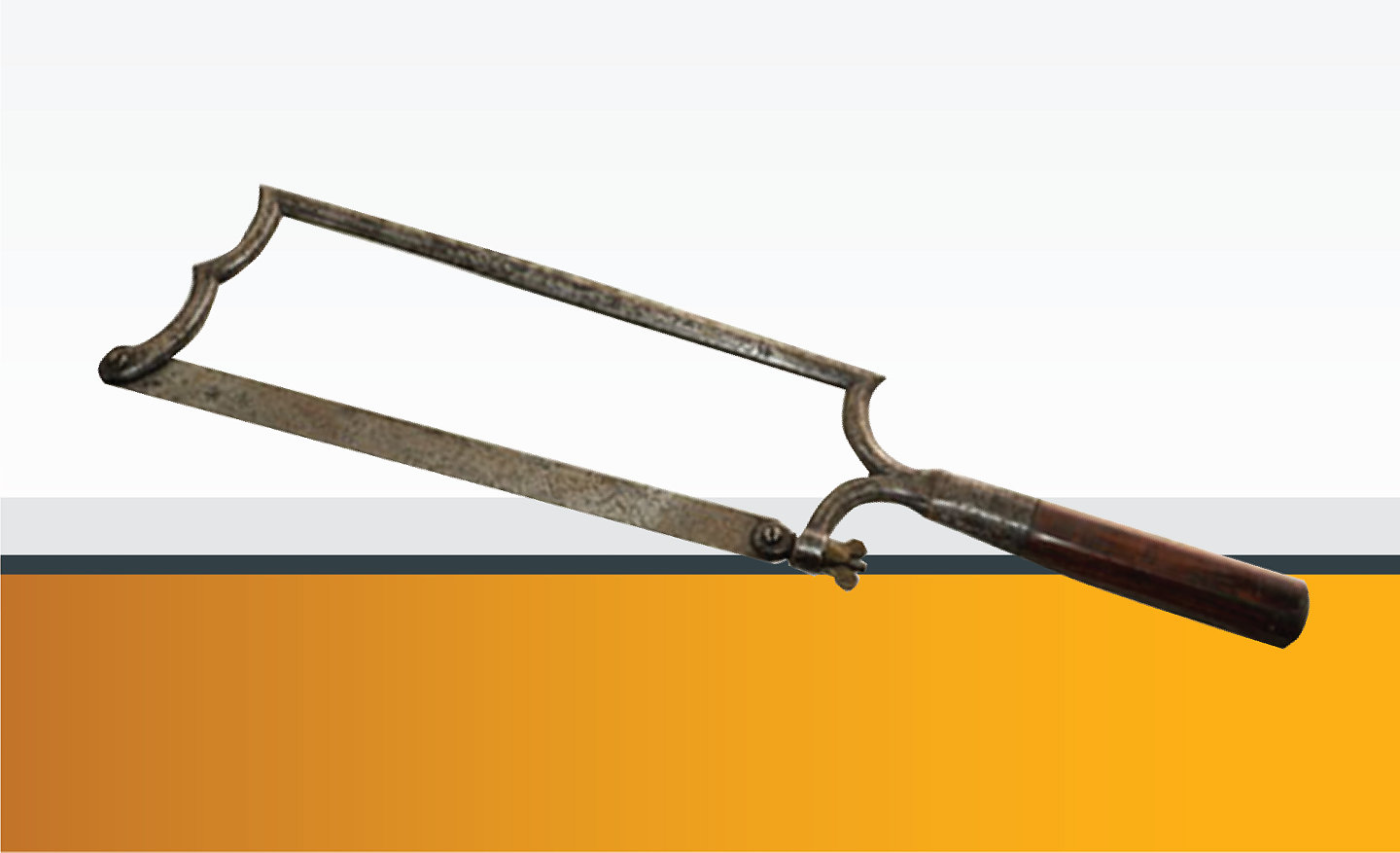 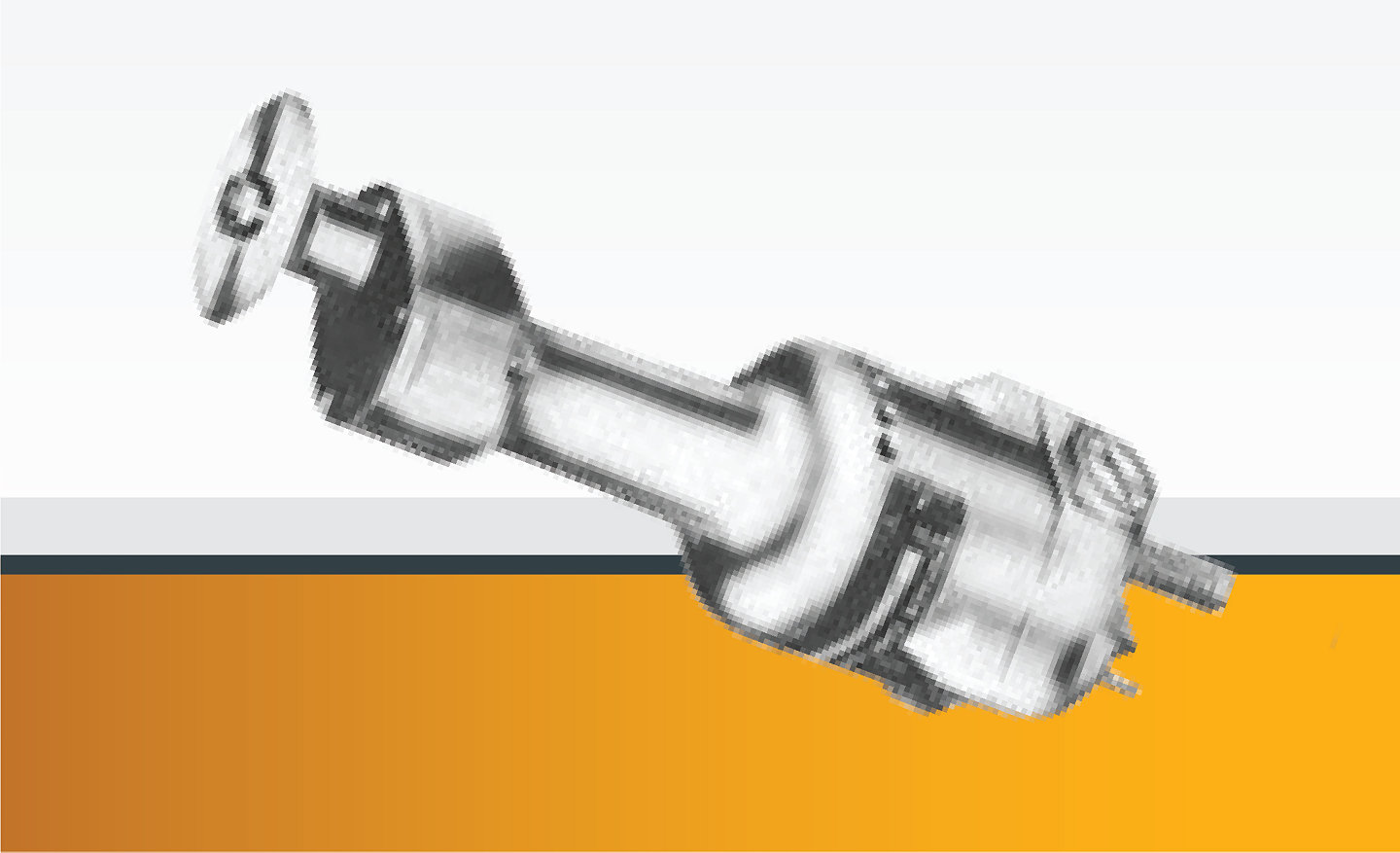 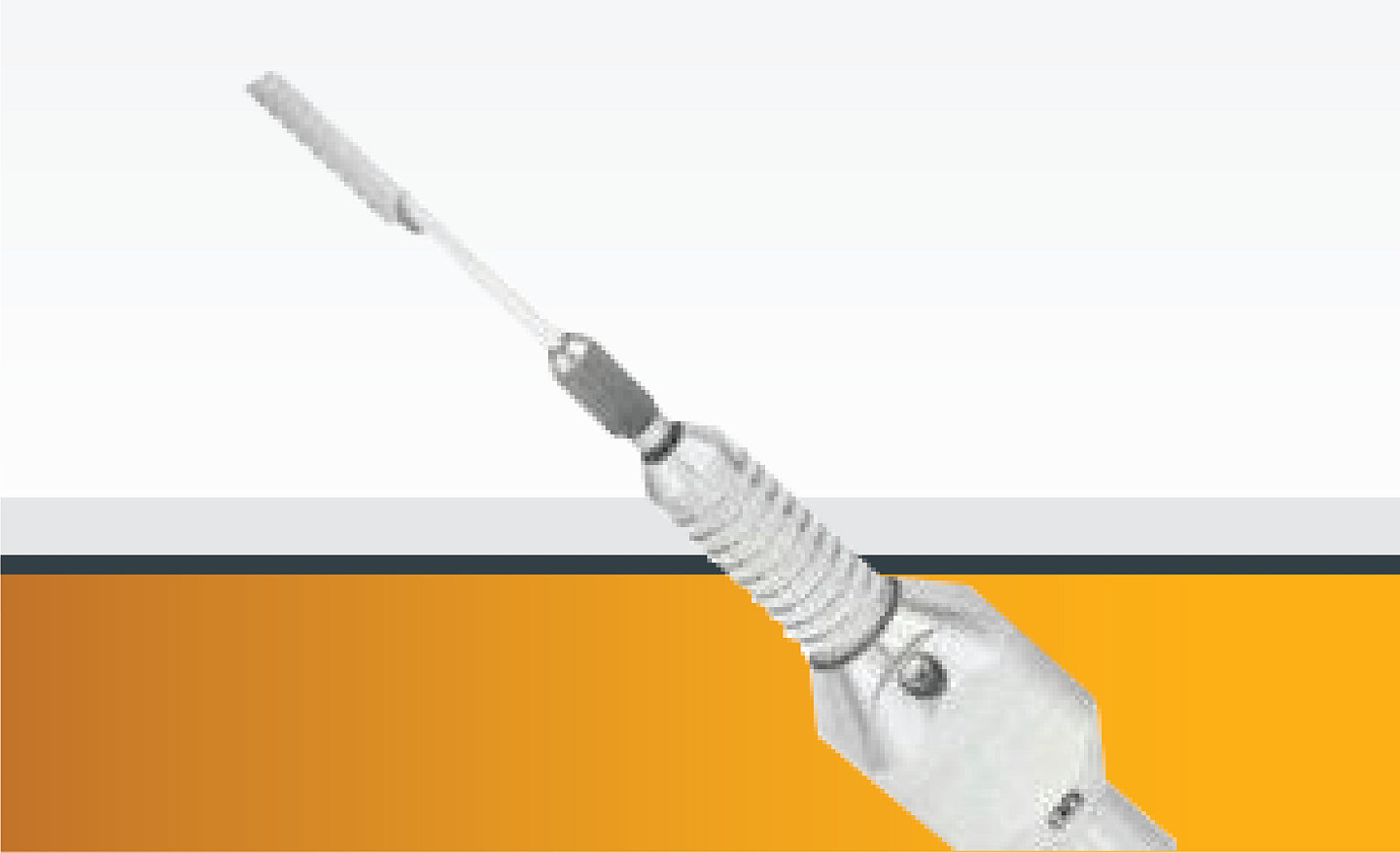 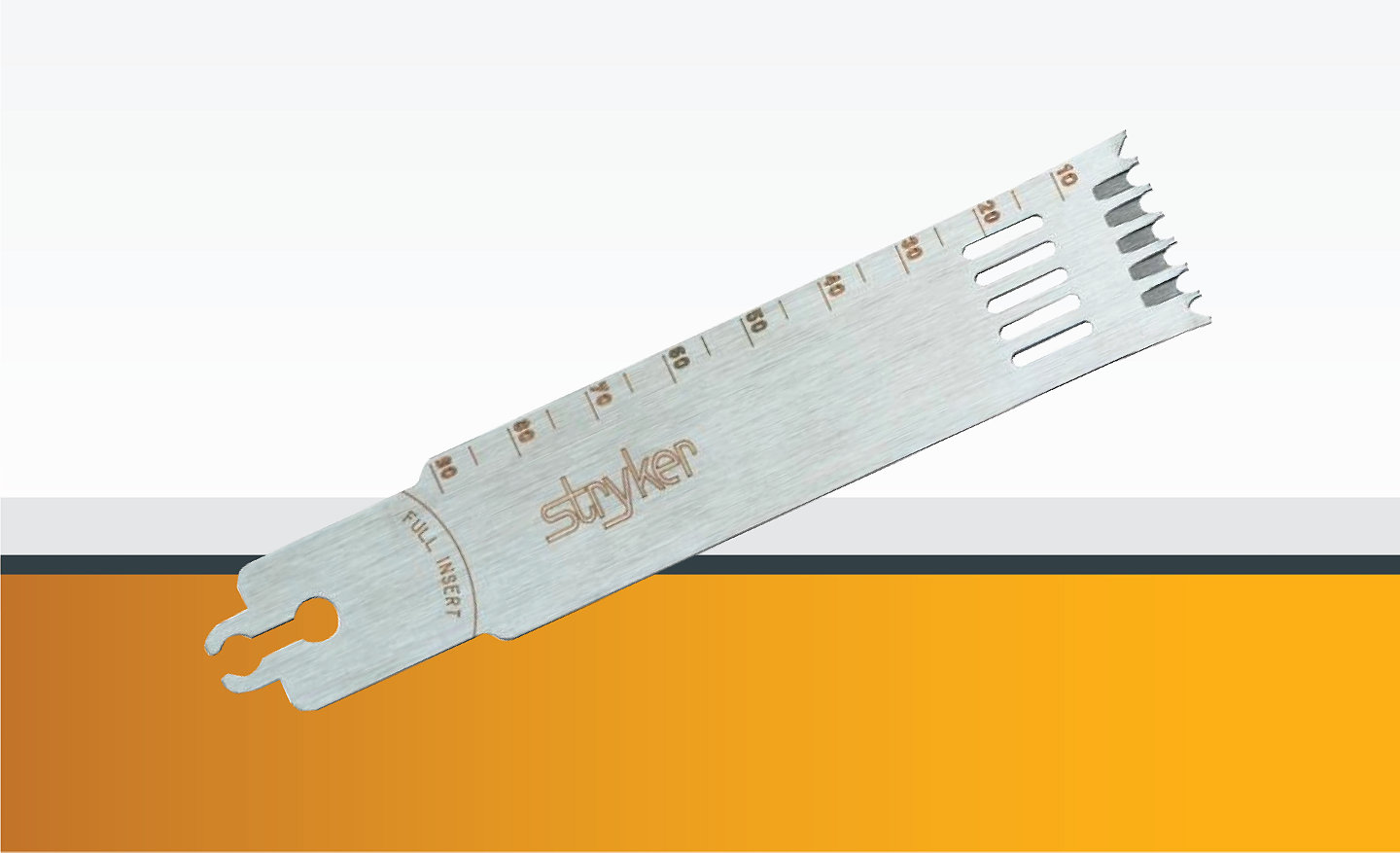 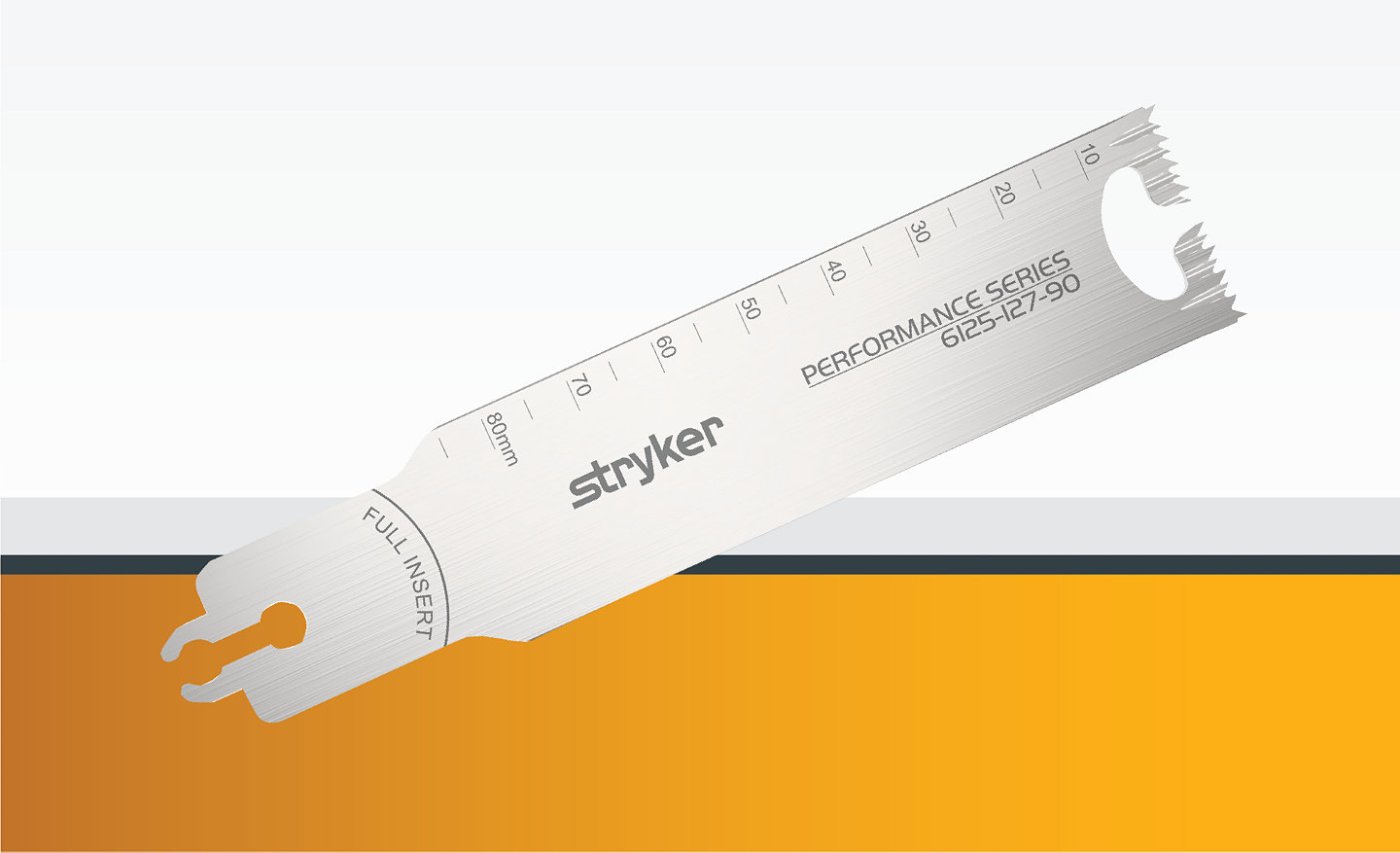 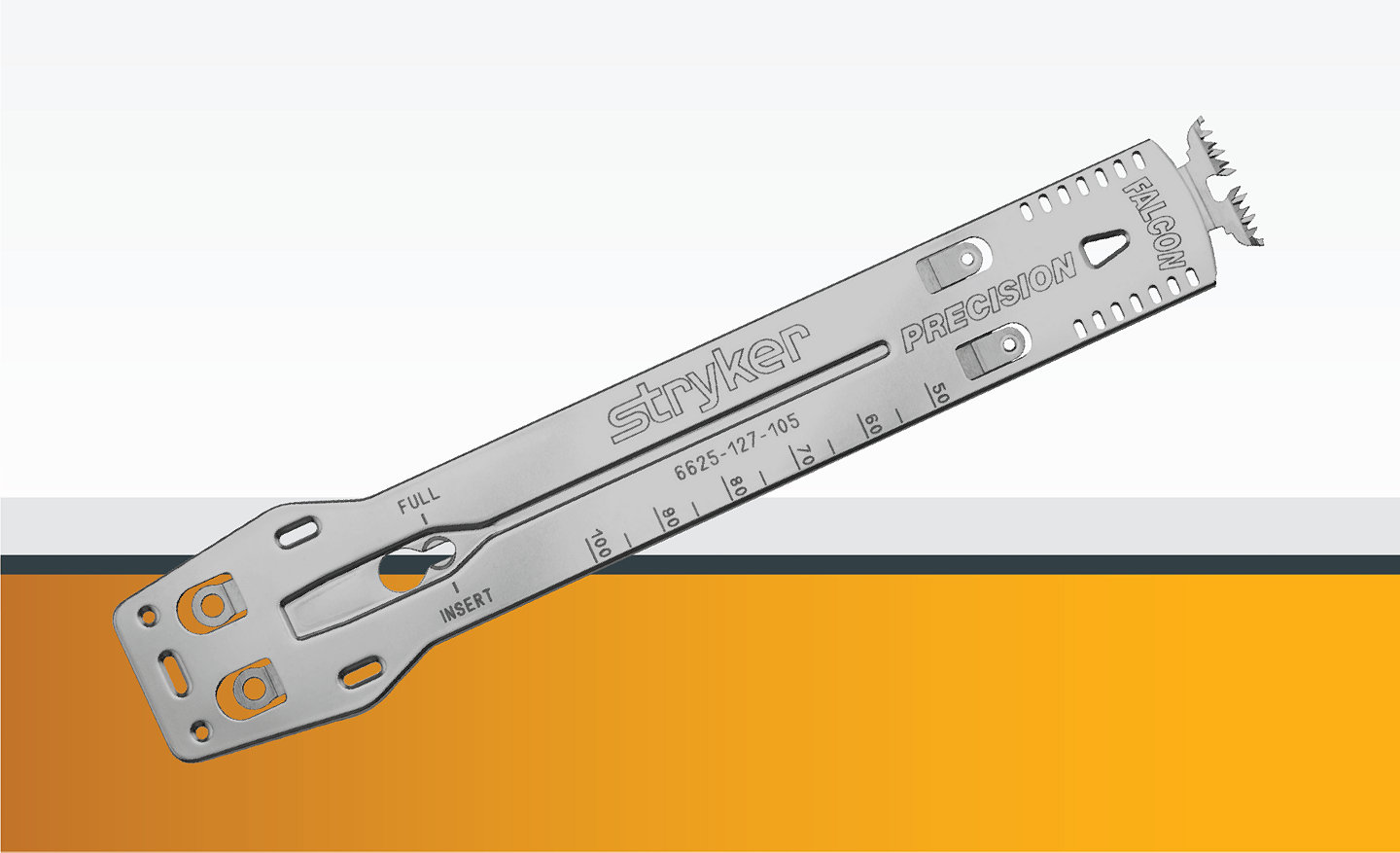 Before even the most rudimentary blades were invented, basic procedures such as cutting umbilical cords, opening abscesses, and scarification still needed to be performed. Without any other alternative, prehistoric man used nature’s own tools to do those jobs: fingernails, sharp leaves and stems, shells, sharpened bones, and animal teeth.[1]

The first signs of blades being used for cutting bones appeared around 10000-8000BC. In this period, there are indications of flint knives being used to drill a hole in the skull, a procedure that was intended to release the “demons” presumed to cause, among other things, headaches, depression, and epilepsy.[2]

As early as 1750BC, blades were apparently strong enough to cut straight through bone, as evidenced by references to hand amputation in the code of Hammurabi from circa 1754BC.[5]

In 400BC, Hippocrates mentioned the use of iron blades for scarification. This was the first indication of blades being used for proper surgical procedures.[6] From the 4th century BC onwards, ever newer and better blades would be developed and used for more procedures besides scarification.

Blade development from ancient Rome to the Renaissance

In the second century A.D., the Romans were developing all kinds of bladed instruments for surgical procedures (Ancient Romans coined the term “scalpel” from the Latin “scallpellus”). Their cutting instruments used for surgery, such as knives, lances, and spears, were all made from bronze and iron.[7]

When the fall of the Roman Empire led into the Dark Ages, medical knowledge stagnated and many advances that had already been made were lost to time.[8]

It wasn’t until the 1500s, in the midst of the Renaissance, that physicians started to explore better procedures for cutting through bones.

Up until that point, untrained barber surgeons, so named because their profession also entailed cutting hair and pulling teeth,[9] would undertake limb amputations with tools like axes, saws, and heavy chisels.

French physician Ambroise Pare (pictured below) rose from a barber surgeon to become Henri II’s personal physician in the 1500s. He began to develop amputation procedures that did a better job of controlling blood loss and ensuring good stump coverage.[10]

He is also known for creating scalpels with beautifully ornamented handles that were very popular during his time and for several hundred years afterwards.[11]

Pare’s work would be advanced by succeeding physicians as the number of amputations performed rose in the following centuries.

The dual rise of guns and amputations

In 1630, the first true flintlock mechanism was invented, which made firearms the weapon of choice in combat. As gun technology and the war wounds it inflicted changed, so too did the technology behind the surgical procedures, such as amputation, that were performed by physicians. [12]

With the development of anesthetic techniques in the 1800s came the ability to perform quicker and less psychologically traumatic surgical procedures.[14] Makers of surgical instruments had also begun to develop all-metal tools, which were more antiseptic.[15] Amputations were still the most prevalent method of treating many gunshot injuries during the Civil War[16], but when it came to other bone problems, more delicate procedures were starting to be developed.

Anthony White, a surgeon in Westminster Hospital in London, performed the first successful hip arthroplasty in 1821.[17]

In 1850, Dr. Richard Butcher, an English surgeon, developed a frame saw for knee joint resection that had an adjustable rotating blade which could cut at any angle.[18] German surgeon Themistocles Gluck began development of total knee arthroplasty around 1860.[19]

These techniques would, in the coming decades, begin to develop into the procedures surgeons practice today.

Modern blades and the history of knee surgery

The 1900s saw the development of many of the techniques and tools that modern surgeons know and practice. In 1914, Morgan Parker invented the scalpel that is still used in modern operating rooms, a two-piece instrument consisting of blade and handle.[20]

It was in this climate of progress that Stryker grew and developed out of one doctor’s desire to meet his patients’ medical needs. 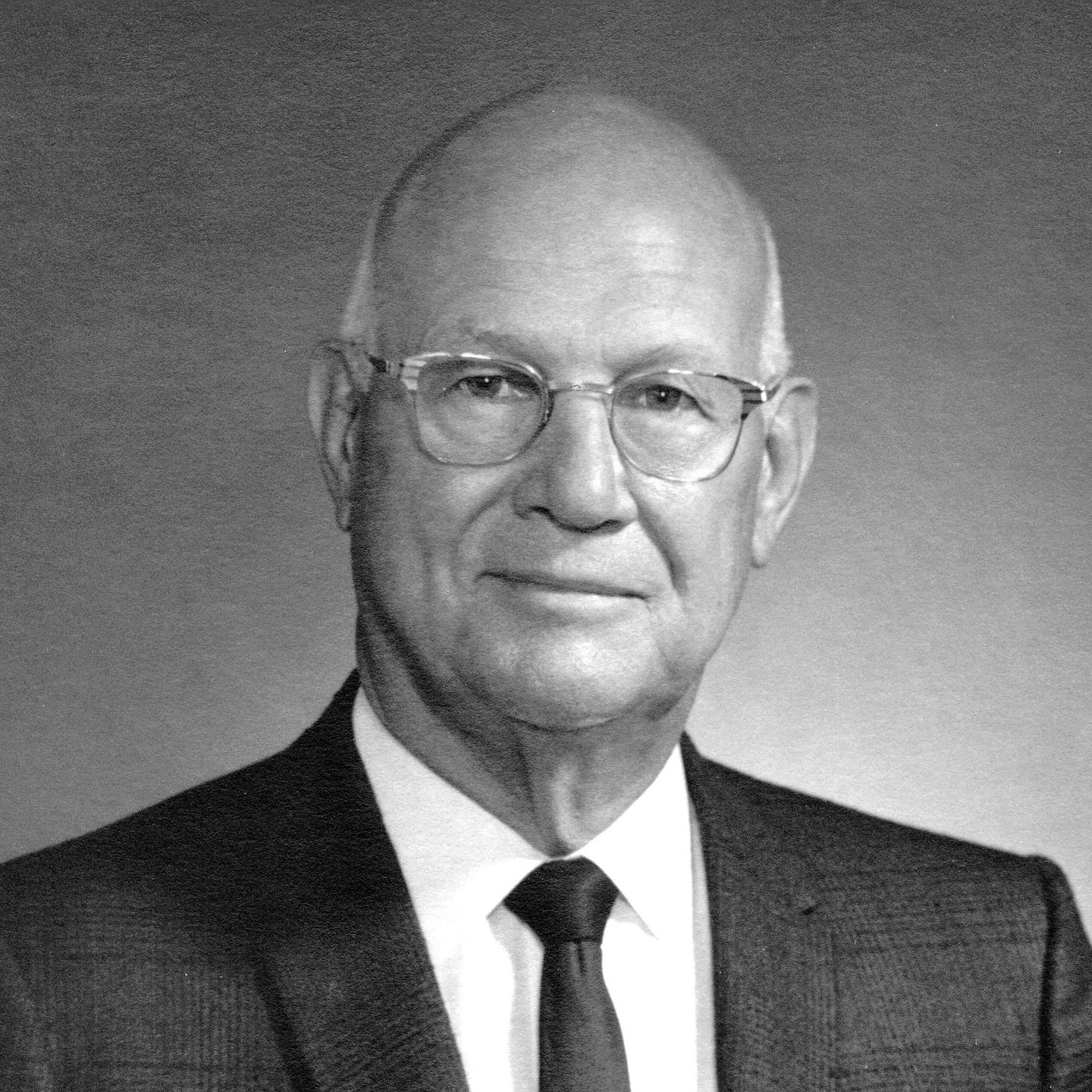 Dr. Homer Stryker founded The Orthopedic Frame Company, the precursor to Stryker Corporation, in 1941. Dr. Stryker’s first blade invention was the oscillating saw which he patented in 1947.

This blade was the forerunner to Stryker now broad range of surgical instruments, and was primarily designed for cutting casts rather than bones. But the technology it utilized helped lay the groundwork for blades that would soon follow.[22]

Then, in 1968, Stryker patented the technology behind the first generation of micro reciprocating saws, ushering in a new era of product development.

Its first Sagittal Saw was released in the 1980s with the 2000 series blade. The Dual Cut blade for the Sagittal Saw, released near 2000, introduced a unique and unprecedented tooth design known as offset tooth geometry. This change made these blades the most efficient across any blade series on the market and allowed surgeons to cut more accurately and quickly, creating less heat during the operation.

These blades became the cutting standard in the operating room until 2006, when Stryker launched their Performance Series proprietary blade technology.

The patented teeth on the Performance blade feed bone chips into a chip clearance area at the top of the blade. This is a unique design that aims to reduce the amount of bone fragment buildup on the blade and bone fragement dispersal in the operating room.

Notice the chip clearance area on the right-hand side of Stryker’s Performance Series blade, just below the teeth.

The Performance blade’s proprietary technology is designed to maximise the performance of the Stryker Sagittal Saw.

But the history of Stryker’s blade and saw technology doesn’t stop there.

Stryker developed the Precision Saw as an upgrade to the Sagittal Saw. With the Precision Saw, Stryker sought to further improve upon the technology that had already made such a dramatic difference in the operating room.

Unlike the blades in the Sagittal Saw, only the teeth at the top of the Precision cartridge move during operation. This unique tip allows surgeons to have even greater control over their cut.

The Precision cartridge aims to offer increased cutting speeds and reduced surgical noise, while the smaller blade surface area is designed to decrease the cutting temperature. 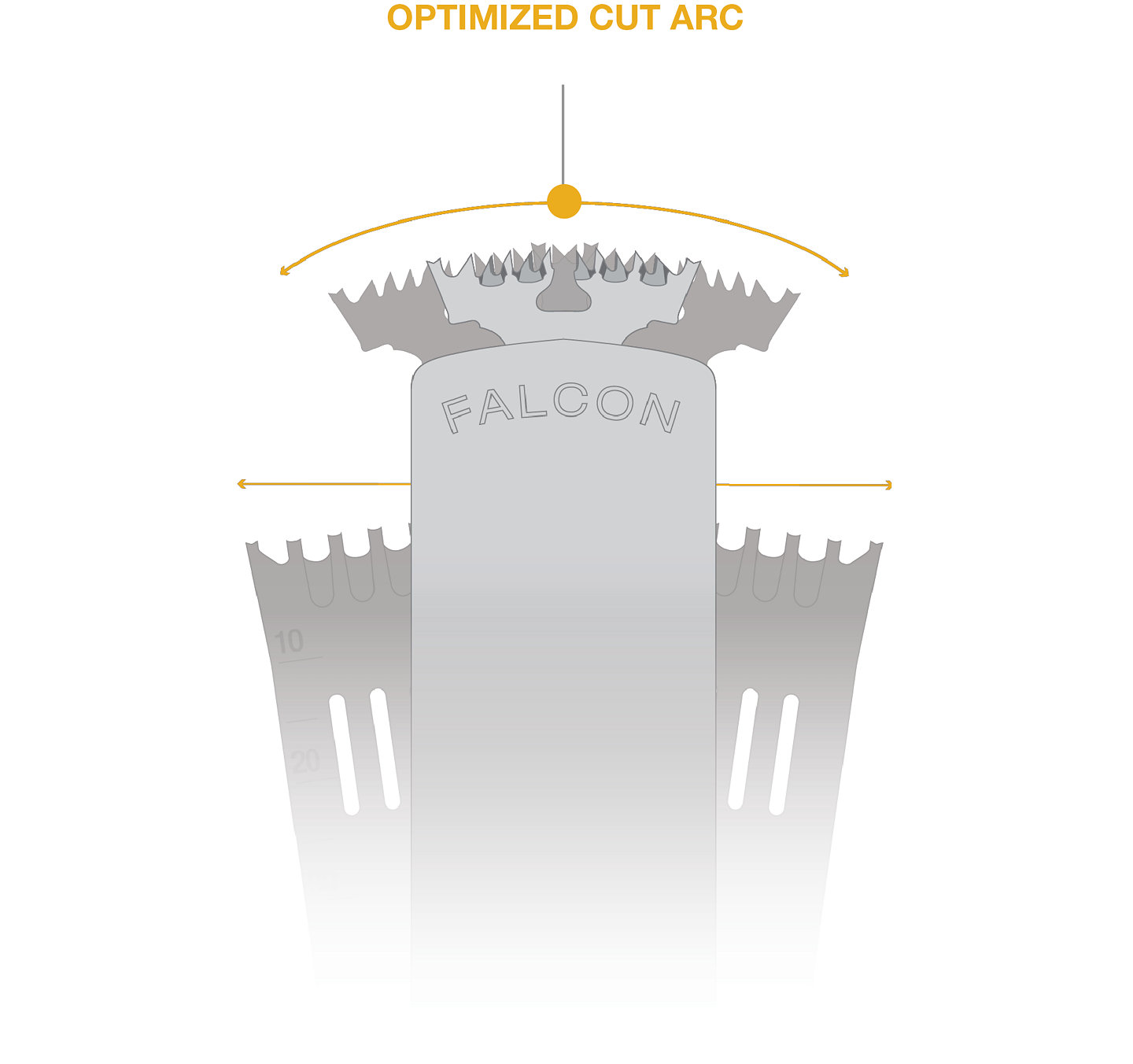 The oscillation radius of the Precision cartridge

Bone cutting blades have come a long way from the days of flint and copper ore. As we continue to learn more about human anatomy, the technology only continues to develop and improve.[25] But while great advancements have been made in the realm of surgical blades, hospitals and doctors aren’t always keeping up with the latest technology.

of hospital personnel surveyed believe that the saw blades used in their procedures are a very important factor in an overall positive outcome.

Imagine: you buy a brand new Lamborghini only to find that it was equipped with old, worn out tires designed for a totally different car model. Using the old tires, the Lamborghini might still drive, more or less. But in order to get the optimum performance from your car, you need up-to-date tires specifically designed for Lamborghinis.

Or imagine you’re a sprinter at the Olympics going to the starting line of the 100-meter dash in a pair of shoes developed 20 years ago. Sure, you might be a phenomenal athlete, but you’re not taking full advantage of the technology and developments that have occurred in shoes over the last two decades.

If we expect Olympic athletes and high-performance cars to use only the latest technology, how much more should we expect it in a hospital operating room where lives are on the line?

Stryker blades were designed for Stryker power tools by engineers who understand how the right blade technology works with the right power tool technology to get the best performance.

Stryker’s proprietary Performance Series blades and Precision oscillating tip saw are the best technology for their Sagittal Saw and the most advanced technology in bone cutting tools available today.

Keeping up with the times

History has seen dramatic improvements in bone cutting blade technology that have improved the operating experience and outcomes for both surgeon and patient. Moreover, we no longer have to wait centuries for the next improvement.

As we’ve seen with the Stryker blades, blade technology is always improving, to the benefit of surgeons and patients alike.

In this area of constantly improving technology, hospitals owe it to their patients – and their surgeons – to be taking advantage of the most technologically advanced surgical blades in history in order to provide the best outcomes and safest procedures possible. 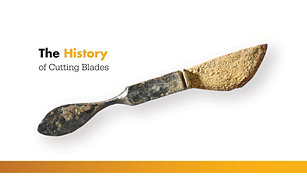 The history of cutting blades 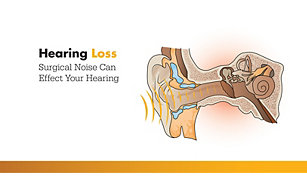 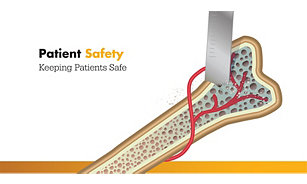 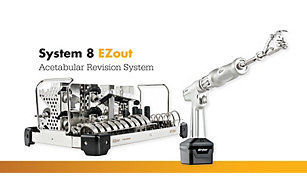 The right tools, for any kind of procedure 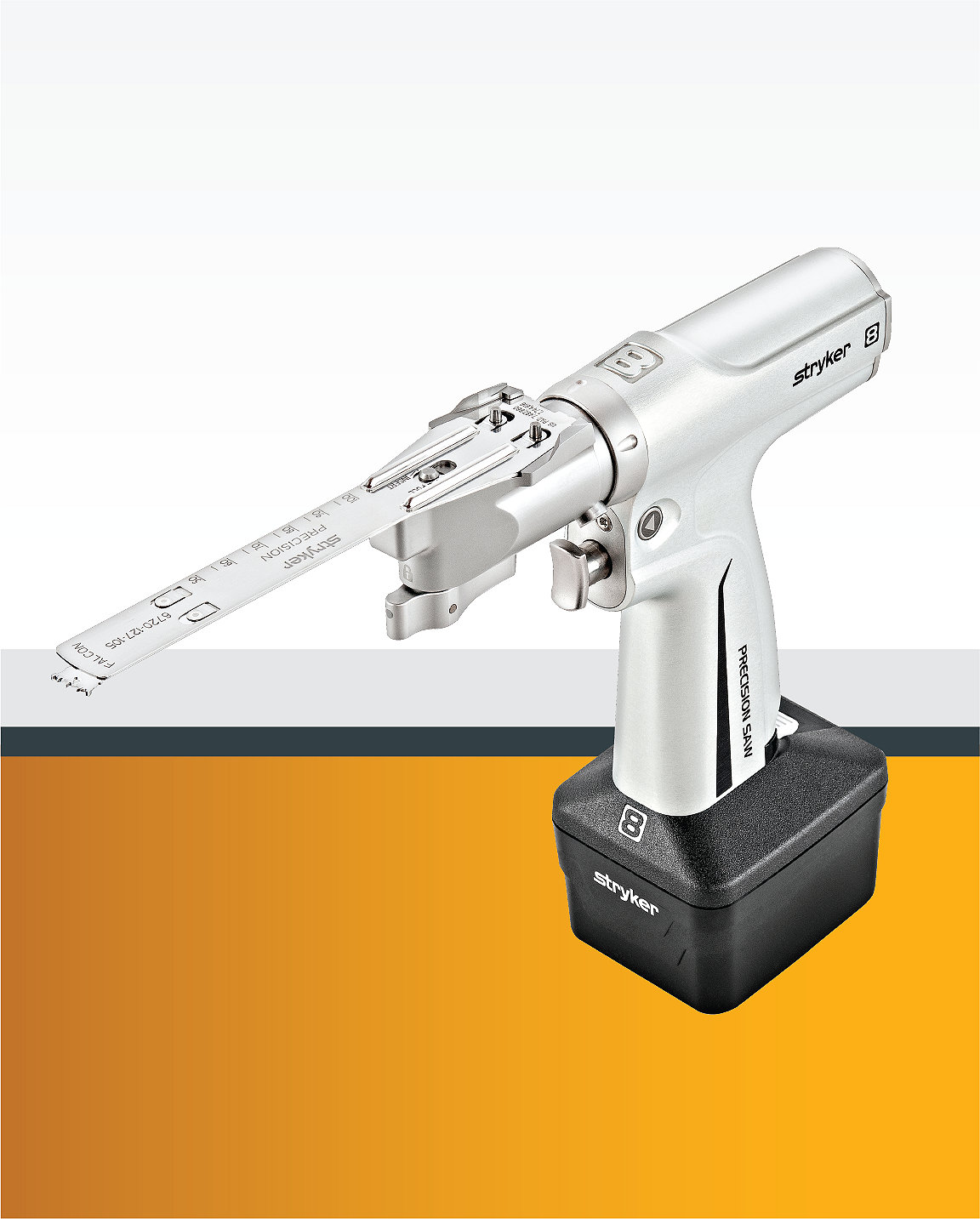 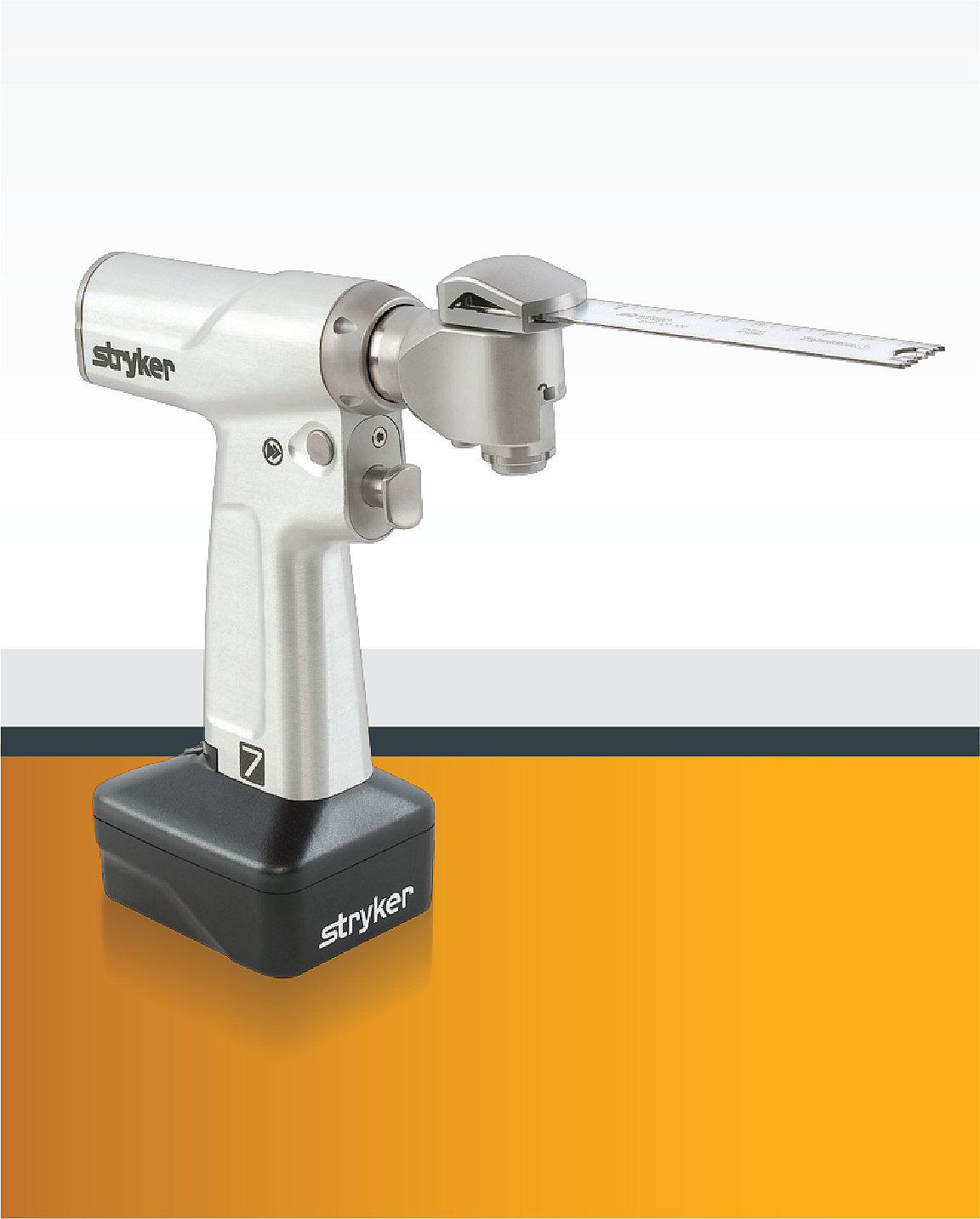 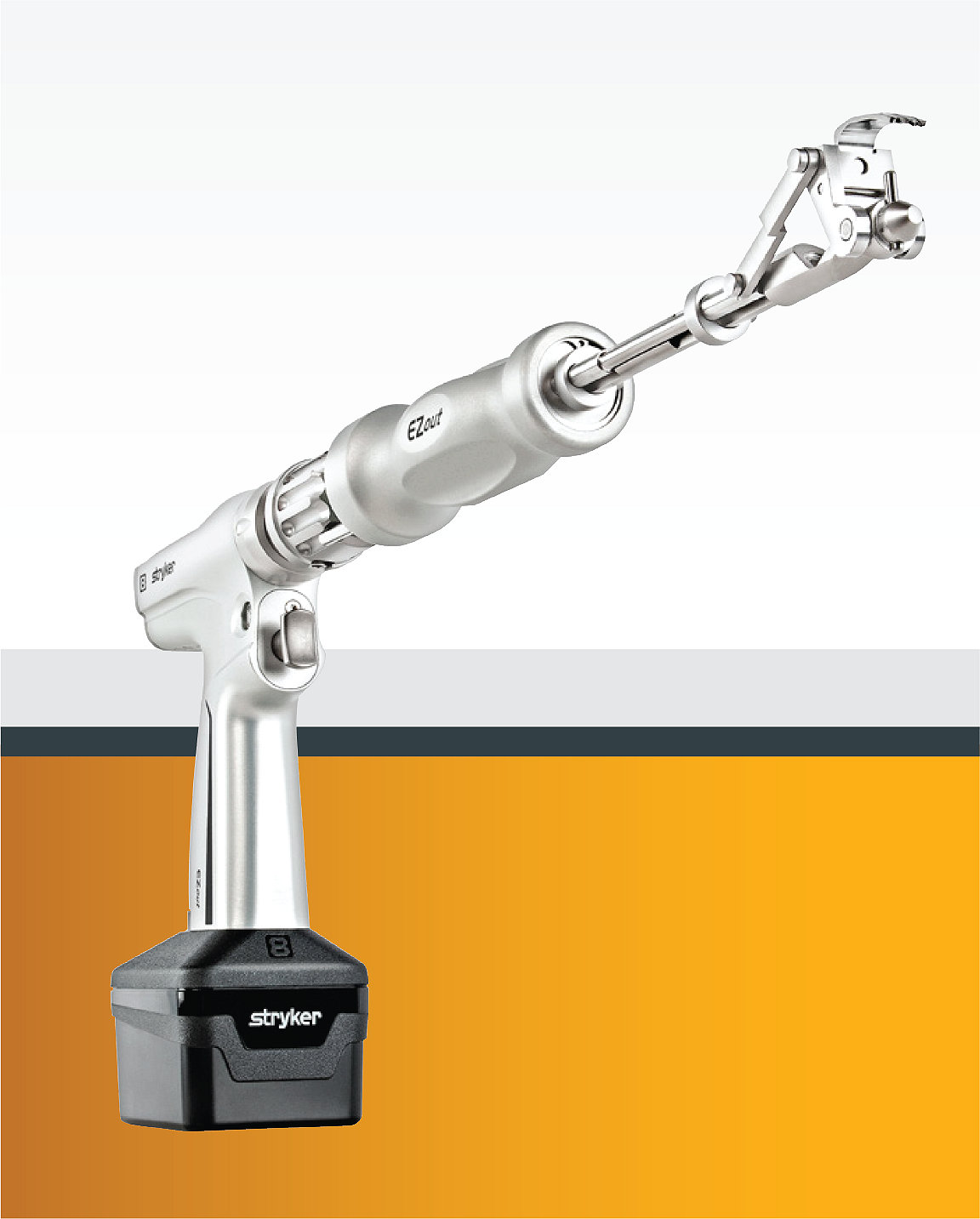 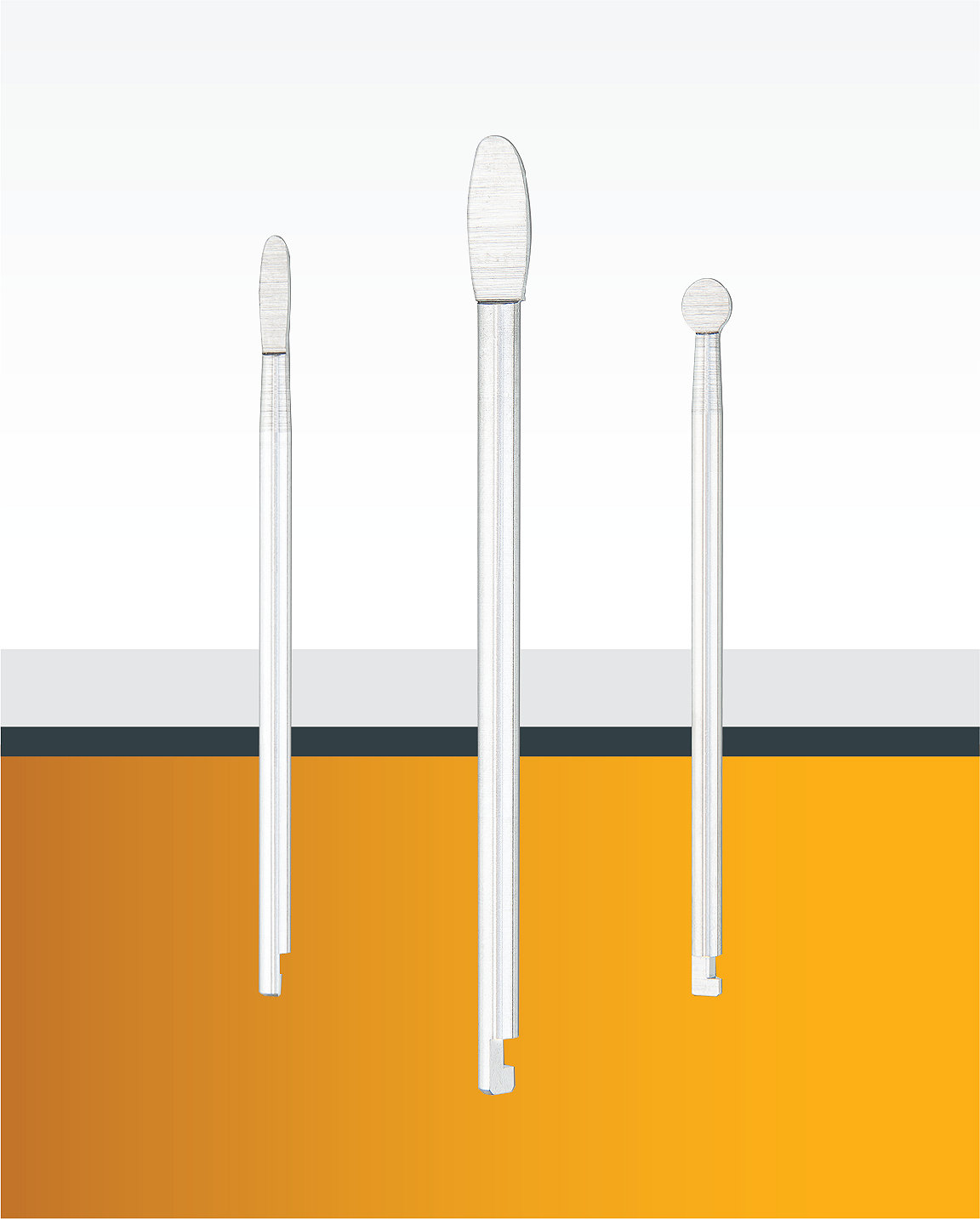